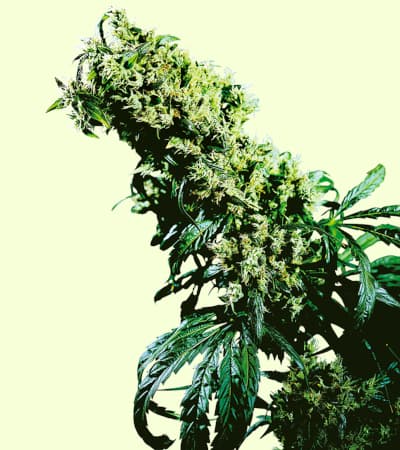 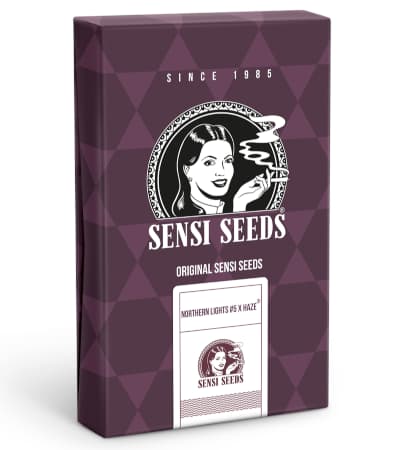 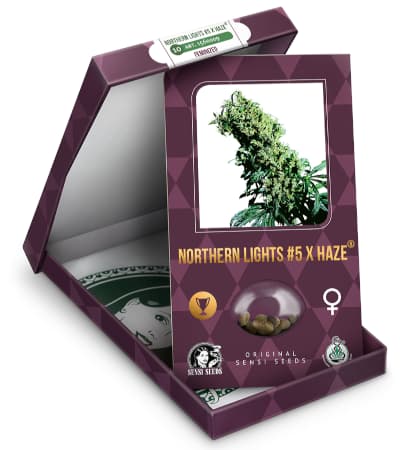 Opposites unite in perfect hybrid fusion! Northern Light #5 x Haze combines the best qualities of tropical sativa and a strong indica. She is widely considered a pinnacle of cannabis breeding and some weed gurus still find her unsurpassed today. Of all the hugely successful ganja strains released during the second wave of hybrid development - including Silver Haze, Shiva Skunk and Silver Pearl - Northern Light #5 x Haze has always been the most successful.
This plant's propensity to make a lasting impression on smokers and growers is largely due to the fact that its sativa genes are fully and lovingly displayed, rather than being dominated by the sheer power of its Afghani ancestors. Upon its introduction, this enormously vigorous and productive strain roared through the cannabis world, causing a medium-sized 'grass roots' revolution among growers. Northern Light #5 x Haze reminded people that the magic of sativa was increasingly being bred away from commercial strains as people looked for shorter and faster cannabis plants.
Indicas genes were the main focus of almost all harvests at the time and the fabulous Haze 'Rocket Ride' was in danger of being forgotten. NL#5x Haze helped turn things around by showing that growers could have both - the pop of sativa and massive indica production - with just a few more weeks during flowering.
One can expect a striking height increase from Northern Light #5 x Haze. Indoor plants can be brought to flowering with little or hardly any growing time, which makes up for the slightly longer flowering time. The spaces between branches are soon filled with long, fading colas. By mid-flowering, the main stem as well as the branches are completely obscured by sticky, multiple hairy buds that live out fatly in every direction until the end of flowering . It is not uncommon for Northern Light #5 x Haze to end up producing buds that grow longer and thicker than the grower's arm, even with indoor growing.
Grown from seed, NL#5xHaze produces huge, uniform and generous plants and is very easy to clone. It produces vigorous seedlings crop after crop. Her distinctly psychedelic Haze power is complemented by the yield and crystals of NL#5. Growers who nurture their Northern Light #5 x Haze mother plants have reported harvesting absolute killer crops for ten or more years - without any loss in quality.
Northern Lights Feminized #5 x Haze is very sativa dominant. The sativa influence is especially evident in the high, which provides exuberance, exhilaration, and creativity. Consumers often claim that it also makes them talkative, so it's a good choice to enjoy with friends. However, one should not underestimate the effect of the indica element. This comes through a little later - a deep, relaxing high that calms the body and mind.
NL5 x Haze produces a pleasant spicy, citrusy aroma when growing. This aroma intensifies during harvest and is very pronounced when the buds are cured. When consumed, it smells particularly strong! In terms of flavor, users can expect notes of citrus and pine, as well as earthiness and sweetness.

Displaying 1 to 1 (of 1 reviews)
Review this product:
Customers who bought this product also purchased 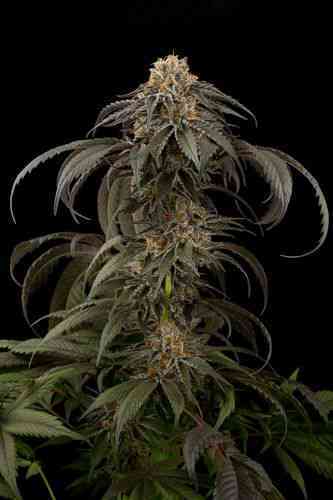 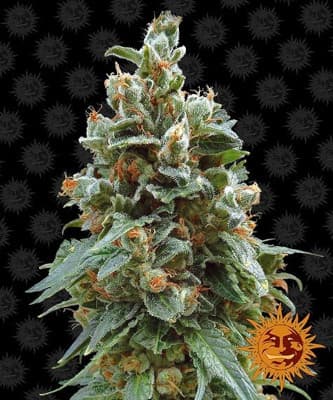 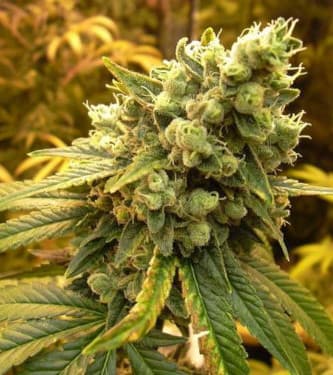 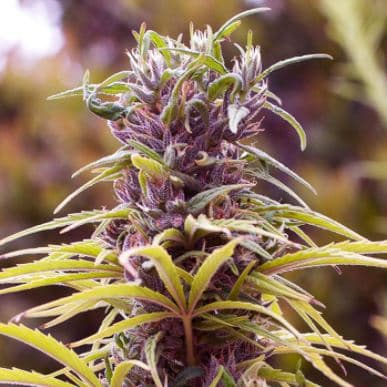 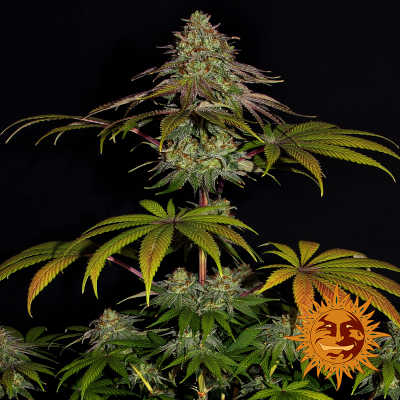 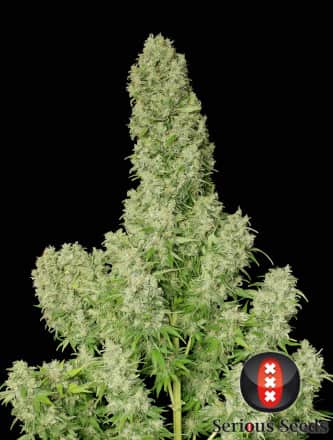 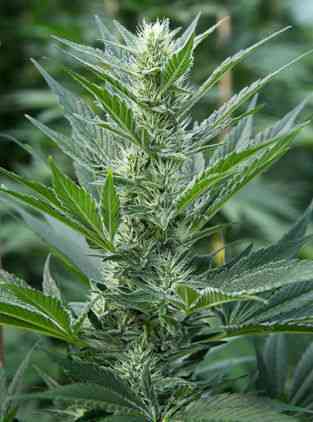